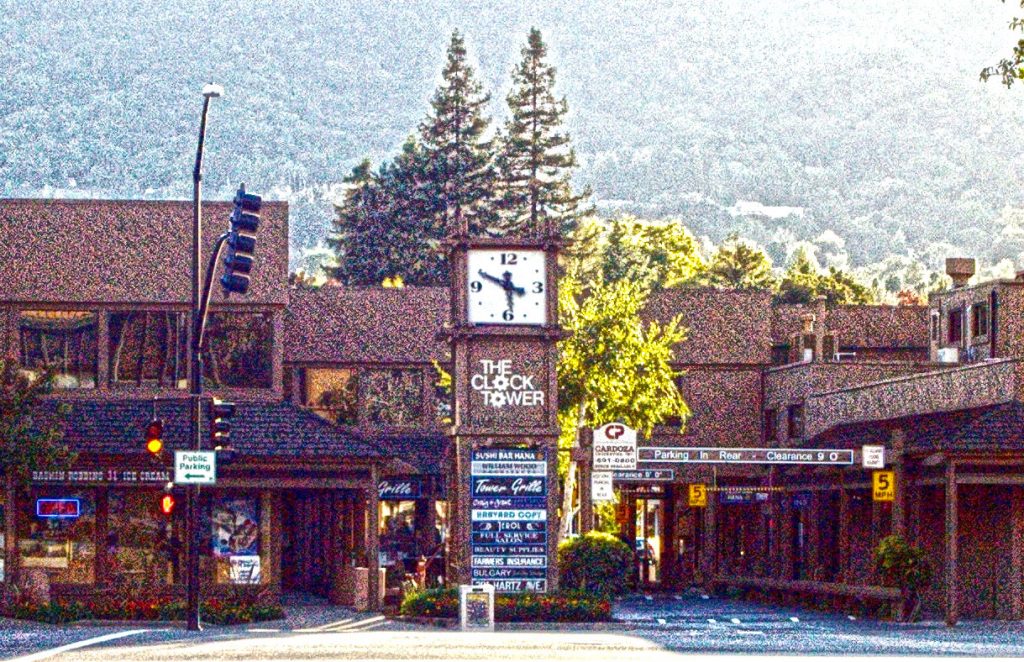 Danville, CA is a lovely town with a lot to offer. In the past, we’ve posted articles about food, entertainment and activities in Danville, but today let’s take a look at the town itself. Where is it located? What are its residents like? What’s it like living here? Is this the right place for you to move to?

Let’s talk about the charming town of Danville.

Nope. Danville is officially a town. As Wikipedia says: “It is one of the incorporated municipalities in California that uses “town” in its name instead of “city”.” It makes sense because it’s just over 18 square miles in area.

In a way, this fact perfectly encapsulates the feel of Danville. While located fairly close to large cities like San Francisco and San Jose, it retains a quaint small-town charm. Danville has a definite personality, and it’s inherently different from what a large city would have.

The history of Danville

Danville has an interesting history. Before the town was formed, the area was populated by Native Americans who stayed close to creeks and set up camp on Mount Diablo during the summer. Later on, it became a grazing land. During the Gold Rush in 1849, miners inhabited the area, and that was when the town received its name.

Soon afterward, a post office was opened in Danville. More people began to move into the town as word spread of California’s prosperity. Farmers found it ideal, with its fertile soil and mild weather, and Danville became a farming community. Its chief produce was wheat for a long time, but the farmers shifted to fruits and nuts after the Southern Pacific Railroad was built. They could now transport their produce faster, and more conveniently – which spurred the change. The money rolled in.

Soon enough, Danville had schools, churches, farmers’ unions, and lodges. Some of the buildings built at that time still stand to this day. Grange Hall, built in 1874, is one example.

What with the wars, the Spanish flu, and the Great Depression, the twentieth century wasn’t the best of times. However, in 1947 the town was developed as a residential suburb, which led to a population growth later in the century. Agriculture was the chief occupation in Danville in the 1940s.

Danville is surrounded by some wonderful towns and cities – Diablo, Alamo and Walnut Creek to the North, and San Ramon, Pleasanton and Dublin to the South. The cities are connected via Interstate 680.

Mount Diablo is a part of the Diablo Range, which is to the north-east of our little town. Mt. Diablo’s elevation is 3,849 feet, compared to Danville’s 358 feet. Mount Diablo provides a stunning background and is a popular tourist hub.

Usually, Danville has pleasant weather year-round. Recorded extremes have been 115 degrees F (in 1950), and 18 degrees F (in 1990). On average, the temperature here stays between 39-89 degrees depending on the season. In April, for instance, our average high temperature is 71 degrees, and the average low is 46 degrees – according to The Weather Channel.

Have you ever wondered about the people of Danville? How many people call this charming town their home, and what are they like? Well, wonder no more – Danville’s population was 43,909 in 2014. Of this, 48.1% was male and 51.9% was female. So, Danville has more women than men. The population density was roughly 2,427 people per square mile.

Here are some more interesting household statistics: The average household size (number of members) was 2.71, and there were 11,978 families (77.7% of total households). The average family size was 3.10.

According to worldpopulationreview.com, the average income for households in Danville is $200,765. The average for families is $224,676. Compare these figures to the national median (not mean) of $57,617 in 2016, or the statewide median, which was $67,739 in the same year. You can read more about California’s stats here.

In a list of the wealthiest zip codes in America, Business Insider ranked Danville’s 94506 at the 14th spot. This zip code has the fourth highest percentage of six-figure earners in the USA, with 78% of households having a six-figure income. The website pr.com found that Danville is among some of the wealthiest suburbs of Oakland and San Francisco. Furthermore, the town ranks second on the list of highest-income places in the USA with a population of 40,000 or greater.

Danville has a number of parks, trails, museums, and others, which provide plenty of places for tourists (and locals) to explore. For those interested in Nature, there are several trails where you can go birdwatching and hiking. The Del Amigo Trail, Hemme Creek Trail, and Mount Diablo Grand Loop Trail are especially recommended. Besides these, Mount Diablo provides astronomical and birdwatching tours, which are also incredible experiences. The Mount Diablo State Park and Lafayette Reservoir are excellent for stargazing.

Danville’s parks include Las Trampas Regional Wilderness, Diablo Vista Park, Sycamore Valley Park, and the Mount Diablo State Park. A few like the Hap Magee Ranch Park or the Oak Hill Park also allow dogs – usually on a leash. In addition to parks, Danville has some lovely gardens as well. The Lafayette Community Garden is a vegetable garden, while the Pleasant Hill Instructional Garden, Knowland Park, and the Ruth Bancroft Garden are botanical gardens.

Danville also has a public library, museums, and some amazing restaurants and bars. Popular museums in the area include the Museum of the San Ramon Valley, Blackhawk Museum, Glass House, and the Eugene O’Neill National Historic Site.

Danville has some wonderful schools. If you’re planning on moving here and have kids, they’ll receive a splendid education. The town has a number of public and private schools, with all of them being excellent choices. Review sites such as schooldigger.com and greatschools.org provide important information such as teacher-to-student ratios, average test scores, state-wide rank, etc.

Creekside Elementary, St. Isidore School, The Athenian School, and Greenbrook Elementary are some of the best schools in the area. In addition, Danville has numerous sport classes, swimming teams, summer camps, and other learning opportunities for kids. The town is excellent for people with kids – both from a learning perspective, and entertainment-wise. Your kids will have plenty to do, lots of places to explore.

Danville’s motto is “Live locally”, and the tagline on its website says “Small town atmosphere, astounding quality of life” – which actually tells you a lot about the town.

The town government is very responsive, with most of the information you’ll need being available on their website. This includes information about business permits and license, public services, community, maintenance services and the government. You can submit applications, requests, concerns, or contact the town’s staff and various districts using the information on the website.

In a recent report, SafeWise found that Danville was the safest city in California. The town had 0.20 violent crimes and 8.13 property crimes per 1,000 people. The numbers were obtained from the FBI’s yearly crime report statistics. To learn more, you can read our article here.

As most long-time residents of Danville can attest, there is no doubt that Danville is indeed a very safe place. It’s, without a question, the best city in the East Bay Area, all things considered. We Danville residents are very proud of our little town!

Do you have any questions about Danville? Send them our way! We’re always on the lookout for interesting topics about Danville. We hope you liked this article. Stay tuned for more content like this and to find out the best (of everything!) in Danville CA.

Down Syndrome Connection of the Bay Area

I Can Do That Theatre Company

Lesher Center for the Arts

Museum of the San Ramon Valley

Painting with a Twist

Paramount Theatre of the Arts

Taste of the World Market

The Cheese School of San Francisco

things to do livermore

Past and Future Events